"I want John Abraham on a plate for breakfast"…

Let me begin by clarifying that the title of this blog post is not entirely my creation and neither is it my sentiment (even though such a sexy start to the day wouldn’t necessarily be a bad thing). The above is actually the name of a group on Facebook, would you believe! It was one of the first groups I joined as a Facebook newbie (a few years ago) and have since separated myself from it. Weirdly, the name of the group has stuck in my head. What makes John Abraham so appealing that girls (and guys) would want him for breakfast? Is it his lop-sided smile? Is it his soft voice? Or is it (hold yourselves back) that to-die-for physique?

I think it would be wrong to say that just one of those things is what makes Mr Abraham so desirable. I would like to argue that it’s a combination of all the mentioned factors and also the fact that he’s unattainable. Yes, perhaps not all of us believe that we will, one day, have a hunky Bollywood star sweep us off our feet but the fact that his long-standing – albeit a little bumpy – relationship with Bipasha Basu has been a constant through most of his career may have helped his popularity somewhat.

During his career, Abraham hasn’t done many films which have rocked the box office but some of his performances have been known to stand out amongst the rest. My personal favourite was his small but sweet role in Baabul. The “unrequited love” look suited him and he became the trusted friend as his love for 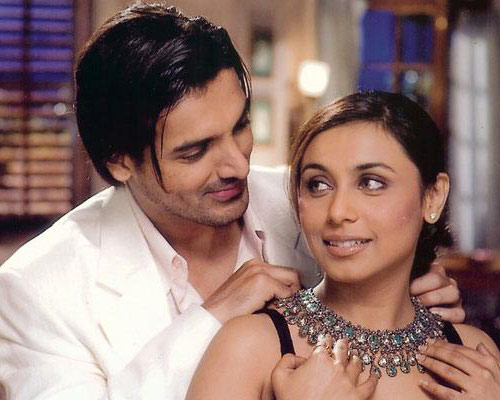 Rani Mukerji in the film was forced to take a back seat when she meets the charming Mr Salman Khan who wins her heart. After the unfortunate death of Khan’s character, Abraham is brought back into the equation by Rani’s father-in-law, played by the legendary Amitabh Bachchan. Bachchan looks to Abraham to bring the colour back into Mukerji’s life with his love and affection. The role was pivotal to the story and his pairing with Mukerji – who he has a soft spot for in real life – is one I would love to see again within the right format and script.

In an attempt to do something different, as well as keep to a personal touch, I will look at three films that I feel Abraham would have excelled in or been interesting to watch in had the roles been offered to him. The first of the three would be Dil Chahta Hai’s Sid, played by Akshaye Khanna. I feel that this role of a deep-thinking artist who falls in love with an older woman would have given Abraham a whole new dimension. I think his look (with the longer hair) would have fitted the character to a tee and would have made him part of a movie which is remembered even today for it’s delve into the ins and outs of friendship, love and the intermingling of the two.

The second character I think Abraham would have been interesting in is Rohit from Kal Ho Naa Ho, played by Saif Ali Khan. Khan was, undoubtedly, perfect for this role. I don’t want to take this away from him at all but in thinking outside the box a little, I think Abraham would have been appreciated in the role in the same way. Abraham’s parsi background would have cemented the Gujarati element of Rohit’s character in a way that even Khan found it difficult to achieve. I think the only concern I would have about Abraham inn this role would be his jodi with Preity Zinta. In my opinion, this couple would not have worked.

My third choice is quite possibly the most “controversial” of the lot! Although I didn’t really like the movie, I feel Abraham would have been good in We Are Family as Aman, played by Arjun Rampal. I do believe that Rampal was the perfect choice for this role because he looked good with both Kajol and Kareena Kapoor, I feel that Abraham would have pulled the role of with just as much ease. The only questionable thing about this choice is that he perhaps would look a little odd with Kajol. However, on the other hand, I feel his pairing with Kareena would be an interesting one. I am yearning to see the two together 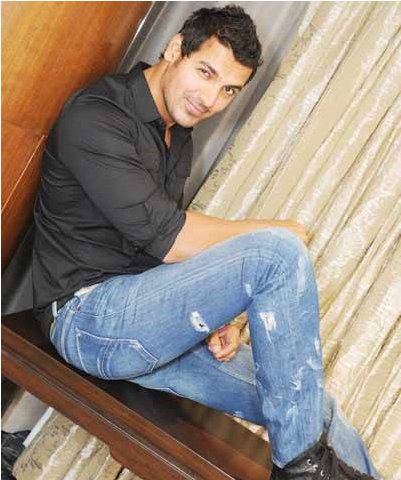 and hope that they are offered a project opposite each other soon.

I will end by saying that these are just my own opinions. I don’t want to take any credit away from the original actors that played the roles but I thought it would be interesting to think about the roles Abraham may have fitted well in should he have been given those roles. Please do let me know your thoughts as it would be interesting to hear whether you think Abraham has got his due as an actor with the roles he has done or whether his good looks have always hindered the appreciation of his performances in many of his films.