Interview with Armaan Kirmani about his Directorial Debut, 'Soulmates' (2012)

Imagine landing yourself a role in a Bollywood movie and being catapulted to sharing screen space with a legend of the film fraternity. Well, one person who lived that very dream just a year ago is none other than Armaan Kirmani. The actor made his debut in Patiala House (2011) playing Akshay Kumar’s elder brother and Rishi Kapoor’s son. The streets and sounds of Southall were the backdrop of the movie and what better breed of actor to associate with the main characters than one who knows the culture and surroundings all too well.

I had the unique opportunity to catch up with Armaan a little while ago. I am sharing this today of all days because today marks the release of his debut production, Soulmates. You can watch the trailer:  http://www.youtube.com/watch?v=ipnrw8VnKFs. The movie also sees him make his directorial debut. The screening for the short film is all set to take place at the BAFTA this evening. Read on to learn more about this very special project and find out about what the actor had been upto in the year since Patiala House…

It’s been exactly a year since the release of Patiala House.  Since working on sets in India I had made a decision somewhere during the shoot of Patiala House after watching Nikhil Advani on set and being inspired, that I wanted to direct. Some thought it was a strange move after making my debut as an actor in Patiala House but as you know I am hardly one to follow trends. I had a story I wanted to tell, I wrote it, produced it, directed it and even edited it. ‘Soulmates’ is my directorial debut on film. It is a short film designed for the festival audience and that is what I have been working on. We have our premiere at BAFTA on 13th March, so all my efforts are currently focused on that. I am excited to see the response. It has some tremendous performances by new actors and the music by Ajay Srivastava and Jabran Nawaz takes the film to another level.

What inspired you to try your hand at film-making?

As an actor I have always enjoyed being part of telling a story, but most of the time its somebody else’s story. I had a story I wanted to tell this time around, so I had to direct it if I wanted to tell it in the way I had always wanted. 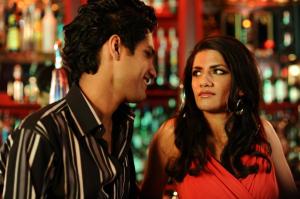 Tell me a bit about your first experience as director?

It was great fun. I had a tremendous cast and crew for the project and without them, I would absolutely never have been able to get Soulmates to the production value that I had always wanted. I don’t think people expected a first time director to be as strict (or loud!) as I was with my actors and as pedantic I was with my shots and my lighting and my sound- but it was all part of the experience. I am very proud of my actors, as it is their debut performances and they all had to portray extremely challenging characters. I hope that they will be surprised when they see themselves on the big screen. Soulmates was a tremendous journey, from the rehearsals, to the shoot itself and the very lengthy post production process. I have learnt a lot along the way and the experience will be invaluable for future projects.

How did you cast the actors in the movie?

I had written very imperfect characters and thus it was tremendously difficult to cast for the film as everyone that comes to the audition wants to look their best and be oh so perfect. However, the first actor that I cast was Badr Luqman for the role of Imad. For everyone that was present in that casting room, I am sure they will agree that his dialogue delivery, emotions and response to direction made him the perfect candidate for the role of Imad. We auditioned several actors for all the roles and it was challenging as the film is written in Hindi/Urdu and English but both languages are authentically spoken in the film as opposed to mere mild references. Thus I was looking for actors that were versatile in their ability to switch between both spoken languages seamlessly and in accordance with their characters.

What would you like those who watch the movie to take away from it?

The idea behind creating my Production House, Colour Pictures, was merely to ask questions to promote dialogue, debate and discussion on social issues that affect us all. If my audiences can connect with my characters, like them and dislike them for who they are and if the film can create awareness and understanding about the issues it portrays then I will be more than satisfied. Oh and I hope they enjoy the film too.

What are the lessons you’ve learnt personally from the experience of making a movie?

One needs to be extremely patient. Films are not made over night, even if they are only featurettes like ‘Soulmates’. If you are looking to make a quick buck in this industry, you will be left buck-less! Make films for the process and make sure you enjoy the process of film making. Too many film makers are concerned about the response their film will get. I don’t particularly worry about positive or negative reactions. Soulmates is the film and story that I wanted to tell and as long as I have 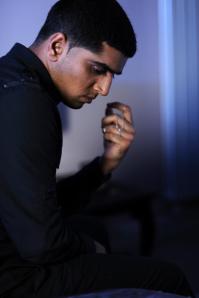 achieved that then I have been successful as a film maker. I will learn from my audiences reactions and success is only God given. Fingers x’d.

What’s next for you?

Auditions, auditions and yet more auditions. As an actor and on the directorial front, I am also writing my first feature film and I hope to get that into production this year.

You recently spoke at the LSE alongside Rishi Kapoor. Tell me a little about that experience

It was a great honour to speak at the LSE for the inauguration of India Week. I congratulate Sanam Arora, the chief organiser and visionary behind the week and her entire committee for such tremendous organisation. Rishi ji and Rachel ji (Professor Rachel Dwyer) were extremely high profiled guests. I was therefore humbled to be asked to speak alongside them on the topic of trying to make a career in Hindi cinema from a UK based actors perspective. The LSE audience were fantastic and Rishi ji charmed and entertained us all as was expected! After working alongside him in Patiala House I consider him to be a mentor and also a close friend. He has always given me a lot of support, advice and encouragement and I look forward to performing alongside him again in the near future, Inshallah.

I am sure you will all join me in wishing Armaan the very best of luck for what seems like a very promising film-making career. Armaan has taught me that, with a passion, anything can be achieved. I wish him well for his premiere tonight and urge you all to see the movie, Soulmates, if you ever get the chance. It’s a movie with a difference… and you’ll get a very “different” feeling in your heart when you’ve seen it.